Meet the New Members of the Family 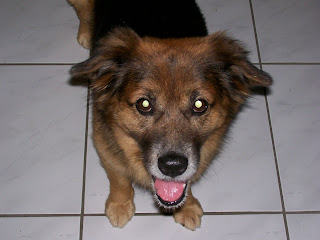 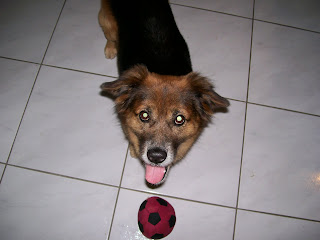 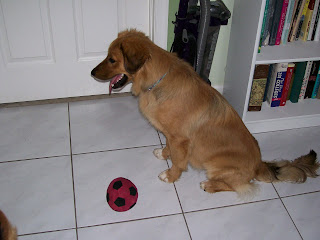 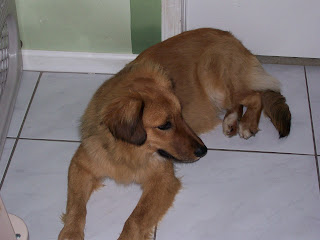 And here are the guys hanging out together: 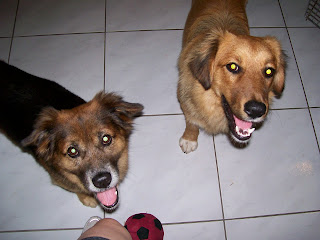 We adopted them from the Big Dog Ranch Rescue.

They are incredibly sweet and ACTIVE. They are are friendly with people and other dogs and really ACTIVE. They're still learning how to behave in their new home. And we play with them often because they are really, really ACTIVE.

And we are really pooped because I'm not sure if I mentioned yet how active they are. Oh, and SWEET!
Posted by Wild About Words at 9:11 PM 6 comments:

TOP 6-1/2 LIST:
HOW TO SURVIVE YOUR FIRST SKYPE AUTHOR VISIT
BY KATE MESSNER 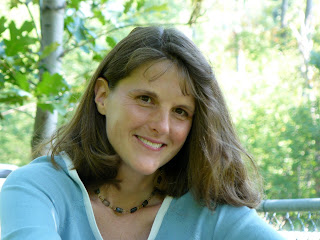 Kate Messner is the author of THE BRILLIANT FALL OF GIANNA Z. (2009) and SUGAR AND ICE (December 2010), both from Walker/Bloomsbury. Her MARTY MCGUIRE chapter book series with Scholastic debuts in 2011, along with two picture books from Chronicle. Learn more at her website: www.katemessner.com

Kate is also a National Board Certified middle school English teacher and contributor to School Library Journal. Her SLJ technology feature “Met Any Good Authors Lately?” has inspired both authors and teachers to give Skype author visits a try. Kate will be speaking on virtual author visits at the International Reading Association Conference in Chicago this April and the New England SCBWI Conference in May.

How to Survive Your First Skype Author Visit

6 1/2. When it’s time for your visit, log onto Skype and look for the username of your contact person. Either call him or her, or wait for the call – whatever you’ve arranged in advance. And have fun! The kids on the other end will be excited to talk with you using this cool technology. Happy Skyping!

Thanks, Kate, for taking time out of your BUSY schedule to share information about creating a successful Skype author visit and for contributing to this occasional series of wit and wisdom from editors, agents and authors! 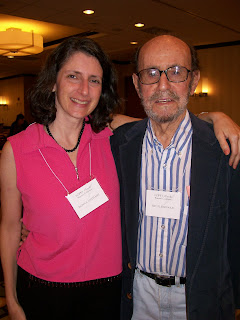 Sid Fleischman was a gem. A Newbery-Award-winning author, he was generous and warm and funny. I will surely miss the Abracadabra Kid. He brought a lot of joy into the world through his magic and books (The Entertainer and the Dybbuk is my favorite) and his giving spirit . . . and that will live on through his books and the people who were lucky enough to have known him.
I feel blessed for the joy he brought into my life.

The End of Publishing?

Watch this amazing video through to the end and let me know what you think.

Meet HAMMY -- the little star in my new novel, HOW TO SURVIVE MIDDLE SCHOOL. In the book, David creates a funny video starring his hamster, Hammy, and it becomes a YouTube sensation.

Thanks to the creative minds at Page Turner Adventures, Hammy is now the star of his own MUSIC VIDEO for you to enjoy!

(Warning: You might find yourself humming the tune for the next few hours . . . and smiling.)


Also, thanks to Chris Baty of NaNoWriMo for posting this Q & A on his blog.
Posted by Wild About Words at 7:53 AM 4 comments:

My editor just shared the delightful news that my new novel, HOW TO SURVIVE MIDDLE SCHOOL, garnered a starred review from Kirkus. What a wonderful way to STARt the week!

HOW TO SURVIVE MIDDLE SCHOOL (star)

David Greenberg, would-be future anchor of The Daily Show, enters middle school with problems: Longtime best friend Elliott has abandoned him for new, nastier and bigger friends, David hasn’t spoken with his runaway mother in months and he’s dumbstruck by a sudden crush on adorable, peppermint-scented redhead Sophie Meyers. Sophie shares David’s funny videos—in which he apes Jon Stewart’s style and tone as only a burgeoning sixth-grade comedian can—with her homeschooling friends, launching David into sudden Internet fame. Real life intrudes in the forms of merciless teasing by Elliott and his friends and David’s desperate desire to connect with his mentally ill mother, who abandoned the family for life in rural Maine two years ago. Sensible and loving win out over mean and bullying, giving David space to balance his real and online lives. Gephart maps the hormonal, emotionally torturous terrain of pubescent boyhood with realistic dialogue, well-developed secondary characters and age-appropriate humor and insight, placing this title in the same august league as Jordan Sonnenblick’s Girls, Drums and Dangerous Pie (2004). (Fiction. 10-13)
Posted by Wild About Words at 12:06 PM 9 comments:

Guess Who's on Oprah?

This amazing, local music/voice teacher, Jamie Perez, gathered an entire middle school together to create a music video that celebrates READING! It's so much fun.

The folks at Oprah discovered it and are airing the video on today's show.

As a children's book author, I couldn't be more excited to see so many middle school kids having a blast promoting one of my favorite activities -- READING!

Incidentally, Jamie is wearing the red shirt and white vest. Enjoy the video:

This weekend, I finished listening to John Green's Paper Towns on CD.

I replayed this hilarious line repeatedly: "I hope I get pulled over," he says. "I'd like to see how the cop responds to a black man wearing a Confederate T-shirt over a black dress." (If you'd like to know the context, well . . . you'll just have to read the book.)

What's your favorite line from the book you're reading now?
Posted by Wild About Words at 7:00 AM 6 comments: