As an antidote to this ceaseless rain we've been having and my last blog post, here are 6-1/2 THINGS ABOUT WRITING THAT ARE FUN: 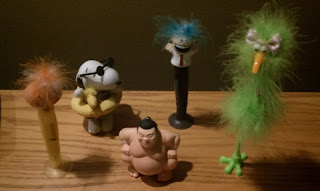 2.  And my Secretary of Silliness, Teddy, and his assistant, who was feeling rather sheepish . . . 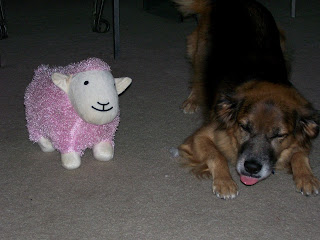 3.  Some days, I get to work with incredibly talented professionals, like the amazing people at Page Turner Adventures.  And they create a video that includes:  a rapping/dancing hamster, a funky guinea pig, syncronized dancing mice and a hip bubbe . . .  (And it's still work.  Shh.  Don't tell anyone.)

4.  Stuck on a YA story idea?  Worry no more!  David Lubar and Dian Curtis Regan have created this hilarious STORY GENERATOR.  (Hurry over and create your next masterpiece.)

5.  Ernie from Sesame Street has written his masterpiece on a typewriter . . .  (Poor Bert.)


6.  And of course, for those having trouble with limericks -- Because who doesn't have a little limerick trouble every now and again? --  there's this video about limericks (written in limericks) . . .


6-1/2.  But the FUNNIEST thing I can share with you -- the thing that inspired me to write this post today -- is this HILARIOUS look at The Publishing Process in GIF Form by Nathan Bransford. Thanks, Nathan, for being a bright spot during a very rainy day! 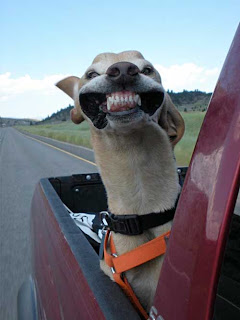 The damn thing’s woken me up again.  My novel-in-progress (or lack of progress), that is. 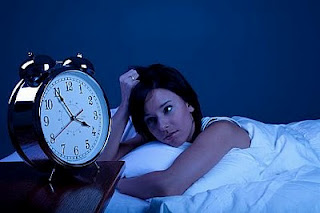 Because even though I’ve published three novels and been writing professionally for over twenty years, I have no idea how to write this novel.

There are fragments.  Scenes I absolutely adore.  Characters ready to burst out of my brain, Aliens-style.  But I don’t know where these bits belong.  Why they belong.  How they fit into the whole.

I wish some writer could give me a neat, EASY answer.

For now, I’m grateful for those who are honest about the hard parts of this process.

While there are authors who make this novel-writing thing look as easy as throwing a cake together (apologies to cake bakers), I appreciate those who share the sweaty, anxiety-ridden truth about the messy, mysterious, maddening process. 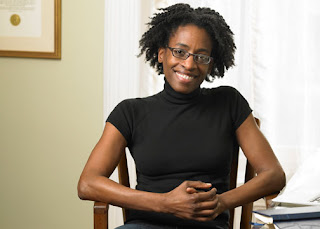 She wrote:  “You’re writing, you’re coasting, and you’re thinking, ‘This is the best thing I’ve ever written, and it’s coming so easily, and these characters are so great.’ You put it aside for whatever reason, and you open it up a week later and the characters have turned to cardboard and the book has completely fallen apart. That’s the moment of truth for every writer: Can I go on from here and make this book into something? I think it separates the writers from the nonwriters. And I think it’s the reason a lot of people have that unfinished manuscript around the house, that albatross,” which Laurie Halse Anderson shared on this blog post.

Later, Jacqueline Woodson tweeted, “My book is falling apart. I should keep writing but grabbing a towel & heading down to the water. Maybe the answer will ebb in with the tide.”

There’s Sherman Alexie, who, during a talk in front of a thousand people at an S.C.B.W.I. conference, admitted to waking in the middle of the night with insomnia because of his struggle with the words.

There’s Sharon Creech, whose books I so admire for their simplicity and their heart.  She shared this wonderful photo of the reams of paper/vision and revision/perhaps 4 a.m. wake up calls that were required to produce her latest effort. 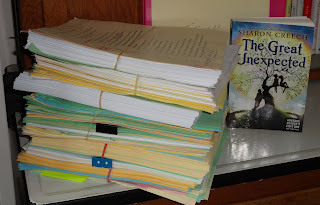 This is what she wrote about that photo on her blog:

“three years of work
six drafts
of one book:
The Great Unexpected

and I am thinking
I did the best I could do
I love it
but
GET IT OUTTA HERE!”

Thanks God for honest writers!

Because at 4:19 a.m. (It’s 5:33 a.m. now) with this pain behind my right eye that’s slowly fading, it feels like I may never find my way through this elusive tangle of words.

But I’ll gently remind myself to breath:  “Breath, damn it!”

I’ll remember I’ve been in this uncomfortable place before.  (It’s why I hesitate mightily before beginning each new novel.)

When the book is finally written and rewritten – because it will be – I’ll relish the feeling, no matter how fleeting . . . until it’s time to write the next novel.  And the next.

And it’s all exactly as it should be -- this crazy, wonderful writing life.  Even the messy, uncomfortable bits.  Maybe especially those bits because they are what make us human.

Back to it now . . . because sometimes the only way is to write your way though.
Posted by Wild About Words at 12:45 PM 13 comments:

So I'll let April Henry keep you in suspense.

She writes gripping thrillers for teens and adults. 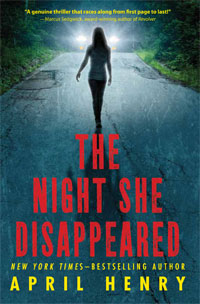 The Night She Disappeared kept me riveted.  The mystery of a kidnapped pizza delivery girl (the wrong pizza delivery girl) was told in several points of view -- the victim, her co-workers, even the perp.  The book was peppered with interesting items:  a note written in blood, a fortune from a fortune cookie, an autopsy report, a transcript from a talk show, etc.

I knew I'd love this book because I loved April Henry's Girl Stolen, about a blind girl who was kidnapped and had to find a way to escape. 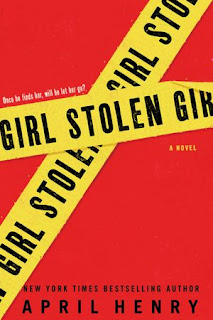 For writers:  April Henry generously shared 6-1/2 tips on how to create suspense in fiction on this blog.

And she has a great video on her Web site about how she writes mysteries.

Thanks, April, for keeping me up waaaaay too late with your suspenseful mysteries!
Posted by Wild About Words at 10:01 PM No comments:

I knew I was in for a treat when I signed up Dorian Cirrone's writing workshop at Murder on the Beach bookstore in South Florida.

This guy kept an eye on Dorian while she presented


In two hours, Dorian shared information, handouts, juicy industry tidbits and a few jokes.   She even gave each participant one of her novels.

She suggested we watch videos, like this one from the Plot Whisperer:


She gave us a handout of great beginnings, like this one from the hilarious Absolutely, Positively Not by Sid Fleischman Award winner, David LaRochelle:  "Everybody has at least one ugly secret, and mine is as ugly as they come.  I square dance.  With my mother."

Dorian's workshop was informative and inspiring.  It hit all the right notes.


Everything about it was perfect, except . . .

A woman sat front row center, but she didn't face Dorian.  She faced the rest of the audience.  I soon discovered why.  Every time Dorian made a point, this woman loudly offered her opinion/experience/thought/etc. to the rest of us.

I wanted to scream, "I paid to hear Dorian, not you, lady!"  I wanted to tell Dorian, "Tell everyone to hold questions until the end."  Although it seemed nothing would quiet this rude woman.  When she began organizing a crinkly pile of store receipts from her pocketbook and answered a cell phone call, I wanted to hit her with a book.

I did what every good writer would.  I took mental notes because I will include her in an upcoming novel.  I will give her unsightly acne and a grapefruit-sized wart on her nose.  Then I will make her suffer a literary death of which Stephen King would be proud.

Yeah.  Being a writer is awesome.
Posted by Wild About Words at 4:20 PM 15 comments:

1.  Today, Laurie Halse Anderson begins her WRITE FIFTEEN MINUTES A DAY CHALLENGE.  I'm in.  Are you?

2.  Have you seen some of the great middle grade books coming out?  There are new ones by Gordon Korman, Rebecca Stead, Walter Dean Myers,  Bruce Coville, Tom Angleberger and many others.  Check out the list at FROM THE MIXED-UP FILES.

3.  Kate Messner's blog for teachers who write is going strong.  Today's post is a Q & A with published authors.

5.  I'm a big fan of Katie Davis' podcast, Brain Burps About Books.  It's chock full of industry info, interviews, book reviews and so much more.

6.  If you're not able to attend the sold-out S.C.B.W.I. Conference in L.A., you can get interviews and recaps at their OFFICIAL BLOG SITE.  I plan to check it out daily and live vicariously until I absolutely, positively get there next summer.  (I'd so hoped to see the Golden Kite Award winners receive their honors at the luncheon since I was on the committee to choose the winners with Julia Durango and Steve Watkins.) But I was already away most of the summer here.

What sites inspire YOU to write and keep writing?
Posted by Wild About Words at 12:45 PM 3 comments: