It's summer and blog needs a vacation.

There are books to be read, cool drinks to be sipped by the pool and palm trees to enjoy.

Blog will be back from blogcation before you know it.

In the meantime, have a lovely summer. Here's hoping you spend it enjoying the things you love best.
Posted by Wild About Words at 3:43 PM 2 comments:

Twenty years of marriage is nothing to sneeze at, unless of course, you're allergic to marriage. I'm not a big fan of emphasizing a single day. I'm a fan of living well in the moment, being kind and yadda, yadda, yadda.

But today, Dan and I are married 20 years.

We are kind to each other and do small kindnesses for each other. We are that voice that says, "How was your day?" and usually listens to the answer. While we both have passions and friends beyond each other, we prefer to spend time together.

After twenty years, we still find each other interesting. We still have things to talk about (although I do most of the talking -- blah, blah, blah). And we've been through rough things -- health things, kid things, death things -- and those things, we decided, are the glue that binds us.

So a big thank you to Addam Schwartz because 23-1/2 years ago he asked, "Donna, mind if a friend of mine joins us for the movie tonight?"

I didn't say yes right away. I asked, "Is he cute?" which made Addam all uncomfortable. How is a guy supposed to answer that?

But that friend turned out to be Dan. And Dan felt comfortable enough with me on that first meeting to throw popcorn at me during the movies. (We were young.) About a month later, Dan asked me out. (He worked three jobs and went to college full-time.)

I didn't say yes right away. I told my mom, "Hey, looks like I'm getting a free dinner from this guy."

Alongside a dock on Philadelphia's waterfront, late at night (with only one homeless person nearby) after a lovely dinner (during which I decided to become a vegetarian and write seriously long run-on sentences), Dan asked me to marry him.

I didn't say yes right away. I thought about it. Then I said yes. 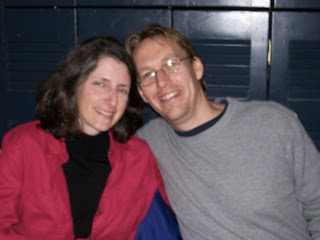 When I was a young writer (about 10-1/2 billion years ago), I spent lots of time in the 808 section of the Philadelphia Public Library. I read books like Writer's Market to figure out how to sell my writing and get rich.

When I was 14, I sent a batch of greeting card ideas to Hallmark.

Guess what Hallmark sent back.

A rejection letter, of course. But I didn't let it discourage me.

I continued writing and sending my work out for decades. While I kept getting rejected (Boo hoo!), I also sold greeting cards, stories, funny essays and, eventually, books for kids. Wahoo!

Never did get rich, but I sure had fun!

I know that when I was a kid, I would have LOVED a list of all the great books and Web sites available for young writers today.

Because I like you so much (I really do!), I'm going to share these wonderful resources with you.

Make sure to share this with other young writers.

1) http://noodletools.com/debbie/literacies/basic/yngwrite.html This Web site is a treasure trove of opportunities for young writers. It lists publications and Web sites that accept writing from children.
2) http://mag.amazing-kids.org/contests/amazing-kids-contests/ On this site, you’ll find fun contests for kids.
3) http://www.fundsforwriters.com/writingkid.htm This e-zine provides contests and publishing opportunities as well as articles for young writers.
4) http://www.stonesoup.com/stone-soup-contributor-guideline/ If you’re age 13 or younger, you can contribute writing and illustrations to Stone Soup Magazine.
5) http://cynthialeitichsmith.blogspot.com/2011/06/co-authors-interview-walter-dean-myers.html -- Read this inspiring interview with author, Walter Dean Myers, and a young writer, Ross Workman, who collaborated on the novel Kick.
6) http://www.verlakay.com/boards/index.php?topic=52563.0 With a parent’s permission, send an e-mail to sign up for this message board, then scroll down to the “Young Writers Rock!” section. Introduce yourself, explore and ask questions.
7) http://www.aprilhenrymysteries.com/tips-for-writers.html Mystery writer, April Henry, offers great tips and resources.


1) Five Pages a Day: A Writer's Journey by Peg Kehret

5) The Art of Fiction: Notes on Craft for Young Writers by John Gardner

6) Pizza, Pigs and Poetry: How to Write a Poem by Jack Prelutsky

8) Poetry Matters: Writing a Poem from the Inside Out by Ralph Fletcher

9) Seize the Story:  A Handbook for Teens Who Like to Write by Victoria Hanley

Now, go have fun (reading and) writing!
Posted by Wild About Words at 1:32 PM 8 comments:

Wild and Wonderful Things About WEDNESDAY . . . 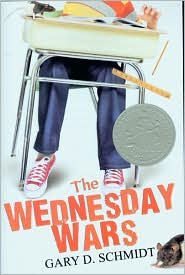 And who can forget this sweet girl from The Addams Family TV show?

Here's to YOU enjoying a wild and wonderful Wednesday!
Posted by Wild About Words at 10:48 AM No comments:

A big THANK YOU to Cindy Hudson for sharing her wonderful 6-1/2 list about Mother/Daughter book clubs with us.

She generously donated an autographed copy of her book . . . 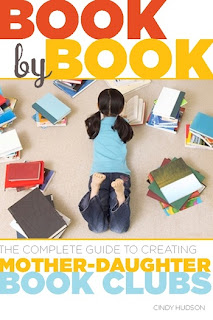 I'm happy to announce the winner of the autographed book is . . .

Congratulations Jami, and thank you to all who entered the contest!
Posted by Wild About Words at 8:34 AM No comments:

Stupid Things You Can (But Shouldn't) Buy for Your Pets . . .

Doggy raincoats. One point in their favor: They didn't sell doggy umbrellas. (Guess that has to do with that whole opposable thumb thing.) 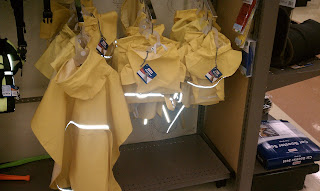 Buying cat furniture? This kitty couch looked like a miniature version of the one hubby bought me for Mother's Day. Really, if you can afford to buy furniture, buy fabulous human furniture here. 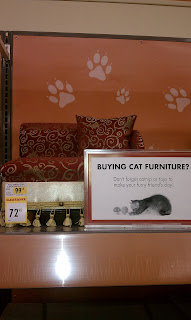 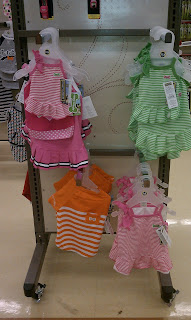 And finally, for Doggy Depends, look no further . . . 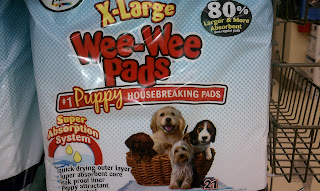 Obviously, the intended recipients of these items are not impressed. Are you boys? 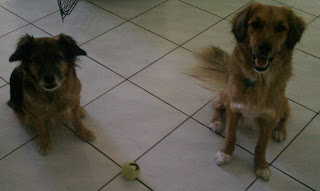 Sheesh! Wouldn't money spent on those items be better spent here? I'm just sayin'.
Posted by Wild About Words at 4:58 PM No comments: